The science of history is a great bulwark against the stream of Time; in a way it checks this irresistible flood, it holds in a tight grasp whatever it can seize floating on the surface and will not allow it to slip away into the depths of oblivion
Patron Badge for 2011 through 2020


It contains various stats that I have got together from the BGG website recently, to do with Microbadges, Microbadge Designers, and particularly those who are members of Microbadge Focus.

The Schwartzkopf Stat Section - a random assortment of stats that I have copied from him pretty much word for word, but with updated numbers.

Top Microbadgers of all time - based on number of sales

Top Microbadge Countries of all time - based on number of sales

Top 25 Microbadgers since last edition - based on number of sales


Notes:
- This edition was produced with data taken 3-5 December (yes, it took that long to get it... and yes I know that's not really the end of November but it took me a day to get round to it and then Excel crashed mid-flow so I had to start again). As a result those microbadge with smaller numbers - ie the older ones - have data from the early part of that period, and the newer ones from later. Which doesn't seem too unfair given how much longer the older ones have been around already!
- There is almost certainly a bug in my code somewhere, so feel free to point out that Andorra is listed as the top microbadging country, or I've said seven trillion badges have been sold in the last month, or whatever.
- If there's a stat I've not included that you'd like, feel free to ask and I'll see if I have the data to create it.

There are 25'446 unhidden microbadges in the system designed by 2'222 unique, registered microbadge designers.

313 microbadges have no designer listed - generally because they later removed their accounts from BGG.

*Ostensibly. Theres no way to know if some number of these were awarded by admins, but the number includes all badges that can be purchased currently. So it's probably close enough.
** Microbadges originally cost 16GG each, so who really knows...also see note above. But still - that's a lot of GG! 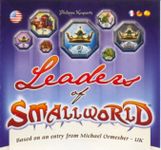 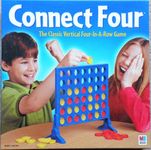