Your eyebrows won't save you now.
Patron Badge for 2009 through 2011
Recommend

The focus of this list is to highlight the best titles that I played to completion in 2015 for the first time. All in all this was a pretty dry year, I spent a lot more time replaying old games and consequently didn't play as many "new to me" titles.

In previous years I ran a top 15 but there was a definite lack of eligible titles in 2015 so this year I've cut it back to a more standard top 10 format. Note that list ranking is based primarily on the rating I assigned to the games at the time I played them otherwise comparing games across genres would be too difficult a task. Unless otherwise noted all games were played on PC.

Anybody who's played Baldur's Gate or the other old Bioware RPGs probably has an opinion about games like this. Personally I like them, but I don't hold them up as prime examples of what an RPG should be. I picked this up when it was free on Origin and mostly enjoyed the experience.

Final Doom was a set of two IWADs made by (then) high profile members of the doom map making community. The two wads (Evilution and Plutonia) are uneven in quality to say the least which is why this isn't showing up higher in the list.

comment wrote:
E is a mixed bag, but overall the stages are much too large and the liberal use of hitscan enemies at long range is both boring and a bit unfair.

P uses more fundamental Doom design - smaller areas, trapped pickups etc. Overuses chaingunners (though rarely in objectionable locations --- just objectionable numbers). I don't think it's as fun as the ID team's wads but at least it's something you'd want to come back to, unlike the other more forgettable wad in final doom.

Just Cause 2 is a mindless crime simulator done ... wait, er, ok, you're totally not a criminal you're a "spy." Anyway, it's done well although it could be better if it were a bit less generic feeling.

comment wrote:
Just Cause 2 tells a gripping story about one man and his love of explosions, island paradise, and explodinating island paradise. Features ~400 sq km for the player to explore with the Zelda hookshot in total silence (to better appreciate the explosions, JC breaks the mold and opts not to give the player a radio to which to listen.)
I happen to own the first game in the series but haven't played it as the second seems to be higher regarded. Should I go back to it? 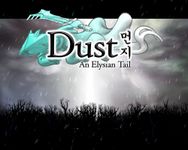 I was expecting a furry anime game with beat'em up mechanisms. That's pretty much what I got, except not complete crap like that makes it sound.

comment wrote:
I was surprised by how good the game is (my expectations were fairly low). This is a very decent action platform game with cartoony graphics. The major problem is that it gets a bit samey-feeling by the end of the game. Another small gripe is that enemy AI is a touch too weak (especially bosses).
It's not really something I'd replay, but I'd probably play a sequel.

Superhero simulator of the millennium, or something like that. Something something aliens.

comment wrote:
I much prefer this to SR3, or even the PC version of SR2 (which suffers from many and severe technical issues). It is a bit repetitive, and extraordinarily silly, but the Saints Row series finally stands on its own here rather than being a cheap GTA knock off. The largest flaw is Steelport itself, but due to the great mobility you'll have after the first few hours you don't have to suffer through it. The games a total QTE fest though. I can overlook that due to the number of times I actually laughed out loud.

The first big new-to-me game that I played this year. I ended up with 159 hours on it. How much of that was spent tabbed out reading a wiki to find information that good designers would put in the game itself I couldn't tell you. I did complete the game 2.5-3 times, man the parts of this game that are good are amazing. Then there's the multiplayer

comment wrote:
I would rate the game higher if 30% of the reputed "difficulty" didn't come from a jacked up control scheme. That's the first major flaw a new player should understand, and the second is that you will have to spend a good deal of time online learning about the game because the game doesn't explain fundamental mechanisms or stats adequately.

I'd say I enjoyed 95% of the time I spent with my first play and thoroughly enjoyed 80% of it. I'll almost certainly spend more time with it in the future, but I'm not sure if that will be ng+ or a new build.

comment wrote:
This is an excellent reboot and fans of old school shooters should play it. They toned down the humor quite a bit, which is a good thing given the nature of the original game, but they might have added a bit more personality to make up for it. The upgrade system could have been less expansive, as it is the player has a lot of choices that don't matter much. On lower difficulties the health system is too generous, but I have some hope that that is fixed on the higher difficulties. 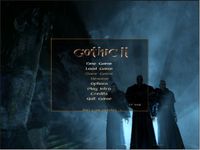 I played the first and third installments as well and this was definitely the strongest game but that's only once you get it running, for a more relaxed "fun run" I'd suggest Gothic 3 but you have to stop once that game gets too repetitive-grindy and ridiculous.

comment wrote:
I liked it. Some of it is really great, but it's not without problems. The difficulty is curve is way out of whack with the Night of the Raven expansion installed. You don't need to min-max your character progression, but you may end up wishing you had about 60% of the way through. The game has a lot of content. Probably too much content as most of the combat becomes repetitive and grindy long before the end of the game.

Lack of enemy variety and an overly brutal difficulty curve are the main issues with the game. On the other side the game offers a huge landscape to explore, an above average quest design, and more interesting NPCs than many modern games. The choices you make almost matter, however, the plot pushes the player forward without giving them too many non-build related choices to make.

G2:G ran much smoother for me than G1, and only rarely crashed (although the crashes are spectacular, since the error window becomes unresponsive and you lose mouse control ... can't remember the last time I've seen that.) The controls, and especially the mouse and camera input, felt much better than in G1. That said, they're still wonky controls that require quite a while with which to become accustomed. Having played G1 or a like portion of G2 the player would still have a huge amount of time to play after learning the controls, but due to the leveling changes in place G2:NotR should be avoided by players new to the series.

Bioshock: the Escort Mission, so many Little Sisters so little time.

comment wrote:
In terms of polish and general design this is a definite improvement over the first BioShock. Speaking of the first BioShock what about that game really asked for a sequel? Oh right ... nothing. This game didn't need to exist; it's not even really a sequel, it just happens to take place in the same universe after the events of the first game.

Probably the best (and worst) thing that I can say about this game is that the quality of the experience is very consistent. There's no drop off in quality (no doubt, due to how they approached the "final boss fight").

At it's best it's not as good as BS1 but there's an argument to be made about this being the better game overall if you don't care about narrative.
On the Bioshock related front, has anyone played the Minerva's Den DLC for this? Is it any good?

So good. There are some pretty damning reviews of this on Steam and I can't say they're entirely wrong. Yes the game is a bit light on content, yes the level design has a bit of copy-paste feel to it, but you should definitely buy (... on sale, honestly $15 is asking a lot for the amount of content) and play it if you're at all interested in a fast paced arcade style FPS with cel shaded graphics.

comment wrote:
This game is really good. If you ever liked a "classic" FPS you need to play this. The game is a bit on the short side (as is the musical score), but what's there is very good. This is a bright cartoony Doom-like with a decent lives system. Rating likely to go up if more official content comes out.